“Matty represents a reclamation of new and classic storylines for Black folks. And this story is straight-up fun!”

“The art work is gorgeous! Like his previous
book INFINITUM, Tim Fielder weaves a fantastic, twisting tale; chronicling the life and alternate timeline of the Galaxy’s most Daring space pilot, Matty Watty, A Woman With A Purpose!”

author and creator of BONE and TUKI, Jeff Smith

“Fielder takes us on a fantastic, time-warping, genre-bending Afrofuturistic voyage to the final frontier and beyond … Matty’s Rocket is just superb.”

This graphic novel series is based in an alternative past where the pulp stylings of Buck Rogers, Flash Gordon, and Fritz Lang’s Metropolis collide with the real world events of World War 2, FDR, Nazis, the Harlem Renaissance and the oppressive Jim Crow era, Watch as Matty navigates her vessel through a dangerous world filled with evil villains, heroic feats, alien oddities and down home adventure.

Matty’s Rocket is a sci-fi action adventure graphic novel series that pushes the boundaries of lush art, with innovative cinematic storytelling. The narrative has a proven ability to cross over to audiences both younger and older. 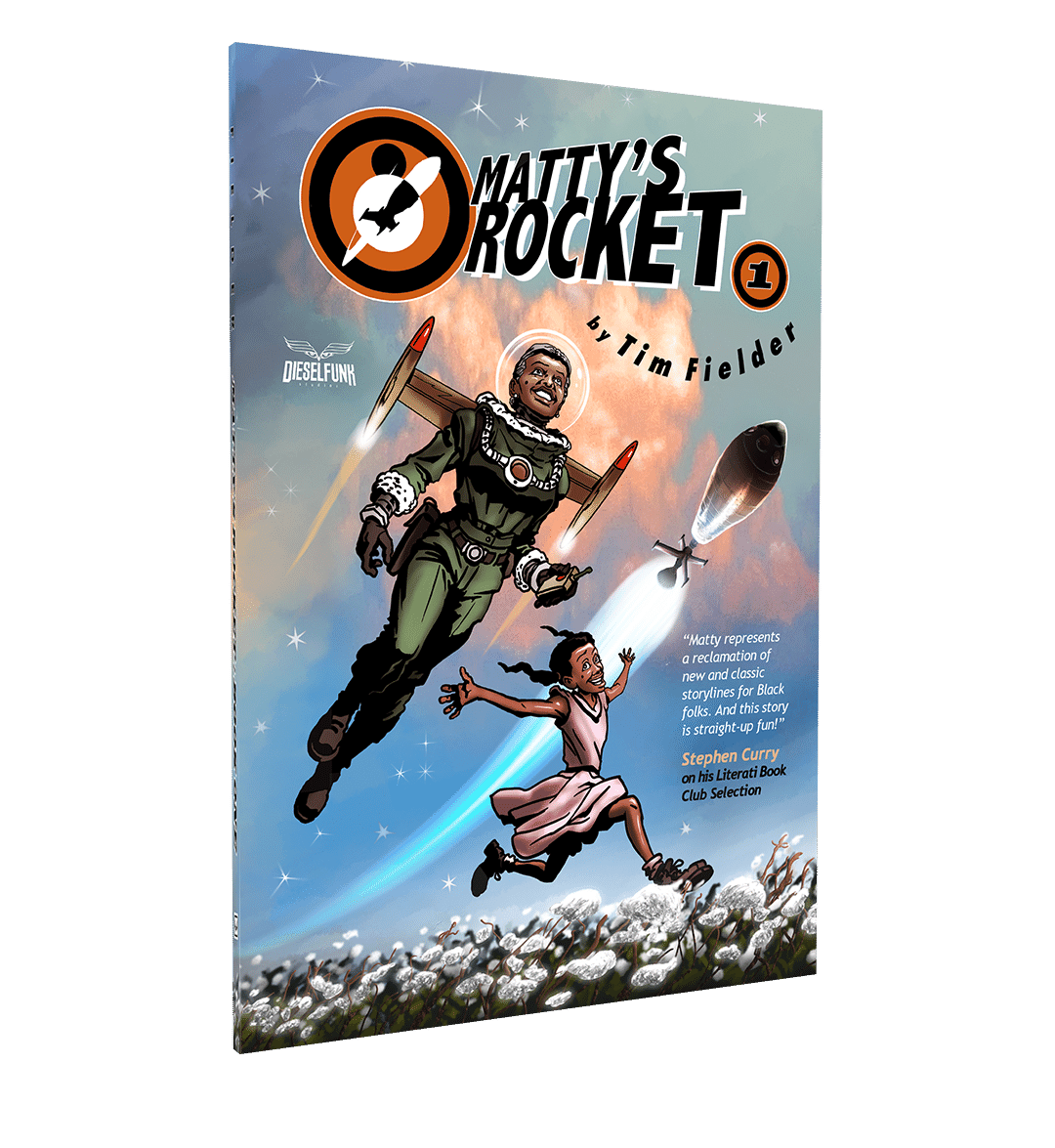 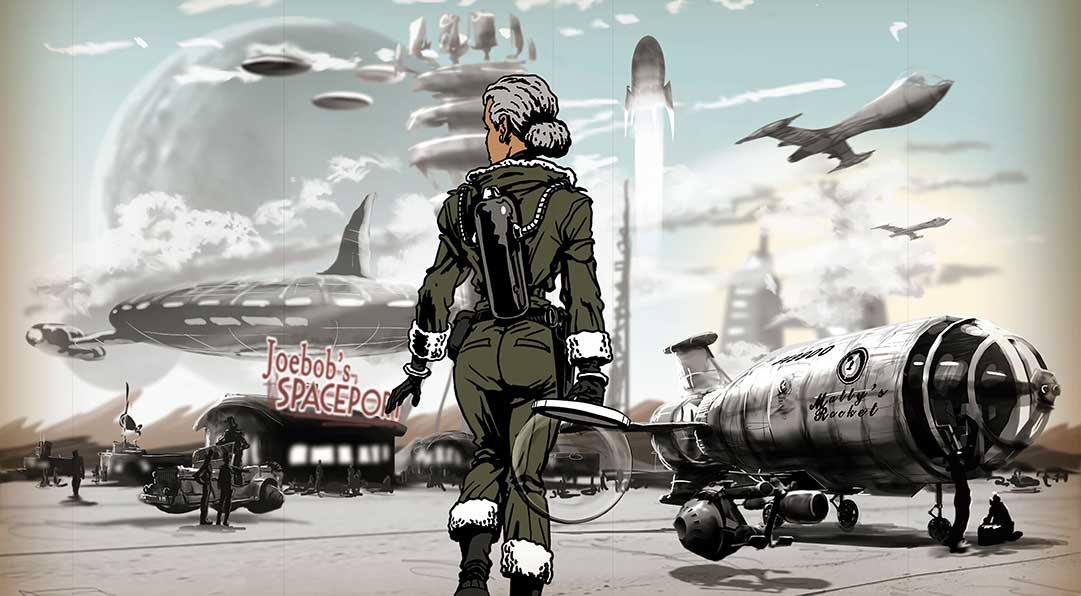 Why was Matty’s Rocket Created?

Many people of color who grew up in the Jim Crow era, such as my parents and grandparents, never saw Black people like themselves in outer space or in fantasy situations. Nor where they present in film or books. So I wanted to restore parity in that area while I am blessed to still have my parents, both born in the 1930s in Mississippi. My art gives me the power to fill that void with an adventurous narrative. Matty Watty, the title character, is named after my Great-Grandmother. The narrative idea is loosely based on the lives of Freedom fighter Harriet Tubman and Bessie Coleman, the first internationally licensed African American female Pilot. Most importantly, I wanted to create a female character who isn’t overly sexualized. I wanted the main character to appeal to women both young and old.

As a result, influences were taken into consideration. Movies such as, ‘The Wizard of Oz’, ‘It’s a Wonderful Life’,

and the films of pioneering black filmmaker, Oscar MIcheaux, informed the noir yet early technicolor cinematic influence. Further implemented were the retro science fiction style of classic comics such as Alex Raymond’s Flash Gordon, Phillip Francis Nowlan’s ‘Buck Rogers’, Herge’s ‘Tintin’, and most prominently, Frank Hampson’s ‘Dan Dare’. Classic and contemporary animation looks were also embraced ranging from the works of the Fleisher Brothers, legend, Bruce Timm, to Japanese animation master, Hayao Miyazaki. Also, In no way can the concept design work of Star Wars artists, Ralph Mcquarrie, Joe Johnston and John Barry be diminished. Everything is tied together by pulling inspiration from the lives of legendary aviator, Bessie Coleman, freedom fighter, Harriet Tubman with a robust veneer of The Harlem Renaissance.

Who is Matty’s Rocket?

Matty’s Rocket is intended to evoke a time and place that is both familiar and different to readers. To achieve this, the characterization of the players must evoke an emotional investment At times it can be difficult to bring realistic depictions of characters within science fiction and speculative stories, particularly within period pieces. Considering Matty’s Rocket takes place during the Jim Crow era, the portrayals must ring as authentic. Below are samples of prominent characters within the story: 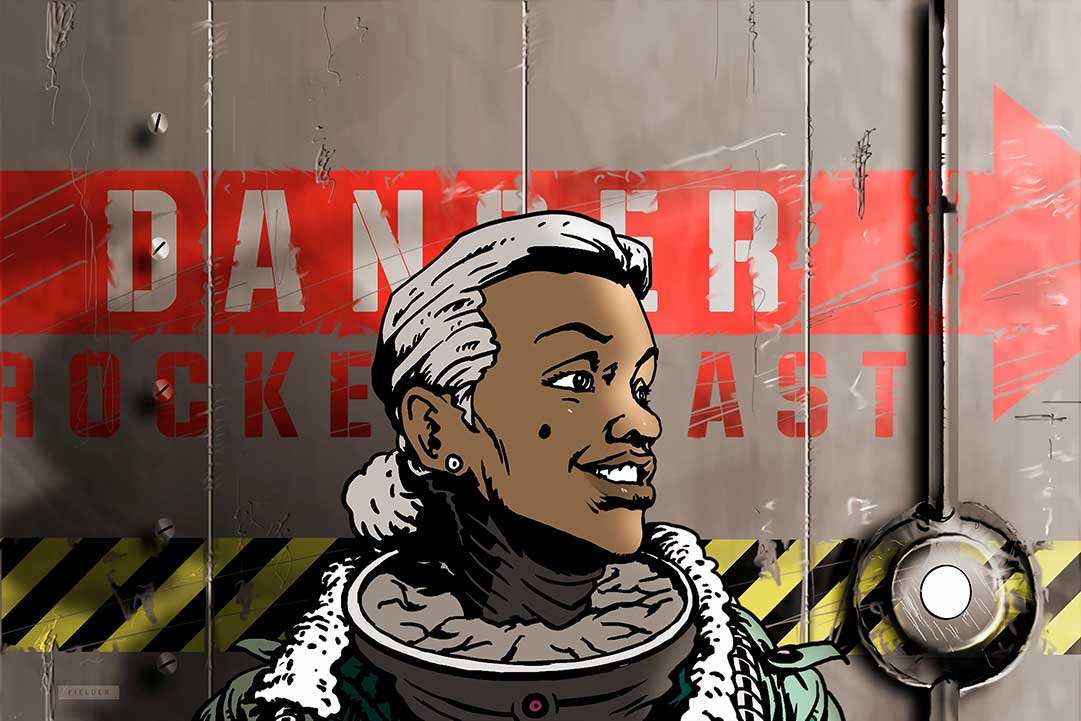 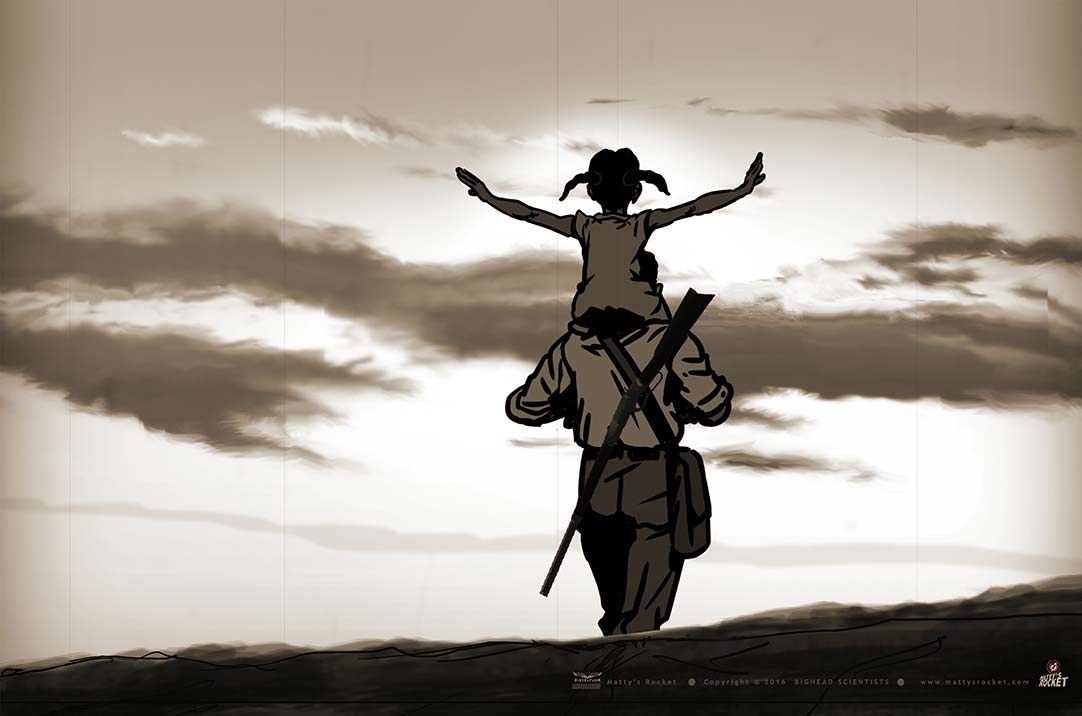 Matty Watty: Hailing from the rural Mississippi Delta, Matty is a very strong young black woman with the charm and beauty of the girl next door. Through her ability to be forthright, honest, and hardworking she manages to get her space pilots license and eventually her own rocket ship.

George Watty: World War 1 veteran and Father of Matty Watty. George is very protective of his wife and child. he does his best to provide but also he wants to impart empathy.

Helen Watty: Mother of Matty Watty. Helen provides the pragmatic foresight to ensure that her family survives over the long term.

How is Matty’s Rocket created?

Every aspect of the visual narrative for Matty’s Rocket is mapped out with a thorough sequential art process. The core of story is done like the equivalent of an anthropological search. The motivation being; What if a comic, film, or animation had been done in the 1930s-1950s for general audiences as well as audiences of color specifically? Thusly each page of Matty’’s Rocket emulates a hybrid of widescreen film and paneled comics formats to deliver the story in a manner.

Matty’s Rocket employs a combination of 2d, 2.5d, and 3d imaging processes.
The crafting of each image begins and ends predominately within the digital realm. These hybrid techniques bridge the the illustration, cartooning, and animation worlds to create a compelling visual that shows drama yet streamlines production. 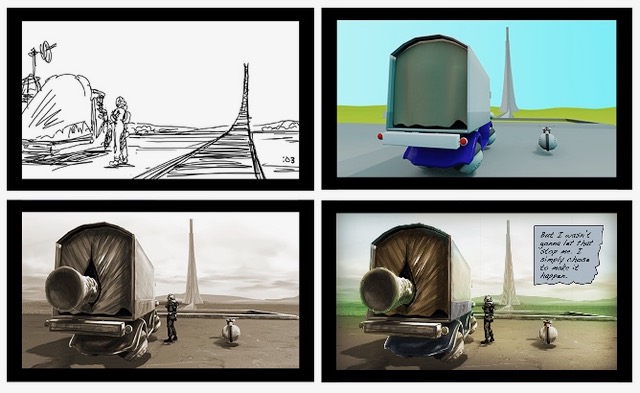 Who am I? Tim Fielder is a NYC based graphic novelist. He has worked for decades in the field of sequential art and illustration. He also has taught for many years in arts and educational institutions. Matty’s Rocket is what artist Tim Fielder calls Retro-AfroFuturism. This concept is an effort to provide images to people of color born in the early to mid-20th century America with long neglected images of themselves.

What is Matty’s Rocket? Matty’s Rocket Book One is the first graphic novel from Fielder’s Dieselfunk Studios. It’s 120 pages of southern charm and outer space adventure. The story is told in three time periods with Matty as an old woman, a young woman in her late 20 to early 30s and as a young girl in the fields of Mississippi. This rural images are juxtaposed by intergalactic imagery filled with flying saucers and spaceships. Narratively, Matty’s Rocket reveals the truth behind her need to become a space pilot.

My motivation: My parents, and grandparents never saw themselves in outer space or in fantasy situations. Not in film or books. So I wanted to restore parity in that area while I blessed to still have my parents, both born in the 1930s in Mississippi. My art gives me the power to fill that void with an adventurous narrative.

Who is Matty? Matty Watty, the title character, is named after my Great-Grandmother. Her idea is loosely based on the lives of Freedom fighter Harriet Tubman and Bessie Coleman, the first internationally licensed African American female Pilot. I wanted to create a female character who isn’t overly sexualized. I wanted the main character to women both young and old.

Pulitzer Prize Winner Junot Diaz loves Matty’s Rocket, stating, “Fielder takes us on a fantastic, time-warping, genre-bending Afrofuturistic voyage to the final frontier and beyond … Matty’s Rocket is just superb.” I cried like a baby when I got notice that Diaz loved the book. My wife thought I was in pain till I told her what was happening. I was simply overwhelmed with emotion. That someone with such stature would like my work. It makes me feel I can attempt to create work of that caliber myself.